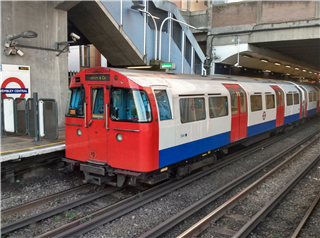 The 1972-tube stock operated on the Bakerloo, Northern, and Jubilee lines. A few trains were later converted for use on the Victoria line. The design was similar to the 1967 Victoria line trains with longer windows, curved cab sides and fluorescent interior lighting. On introduction they had unpainted aluminium bodywork.  The 1972-tube stock was replaced on the Northern and Jubilee lines, but still operates on the Bakerloo line.